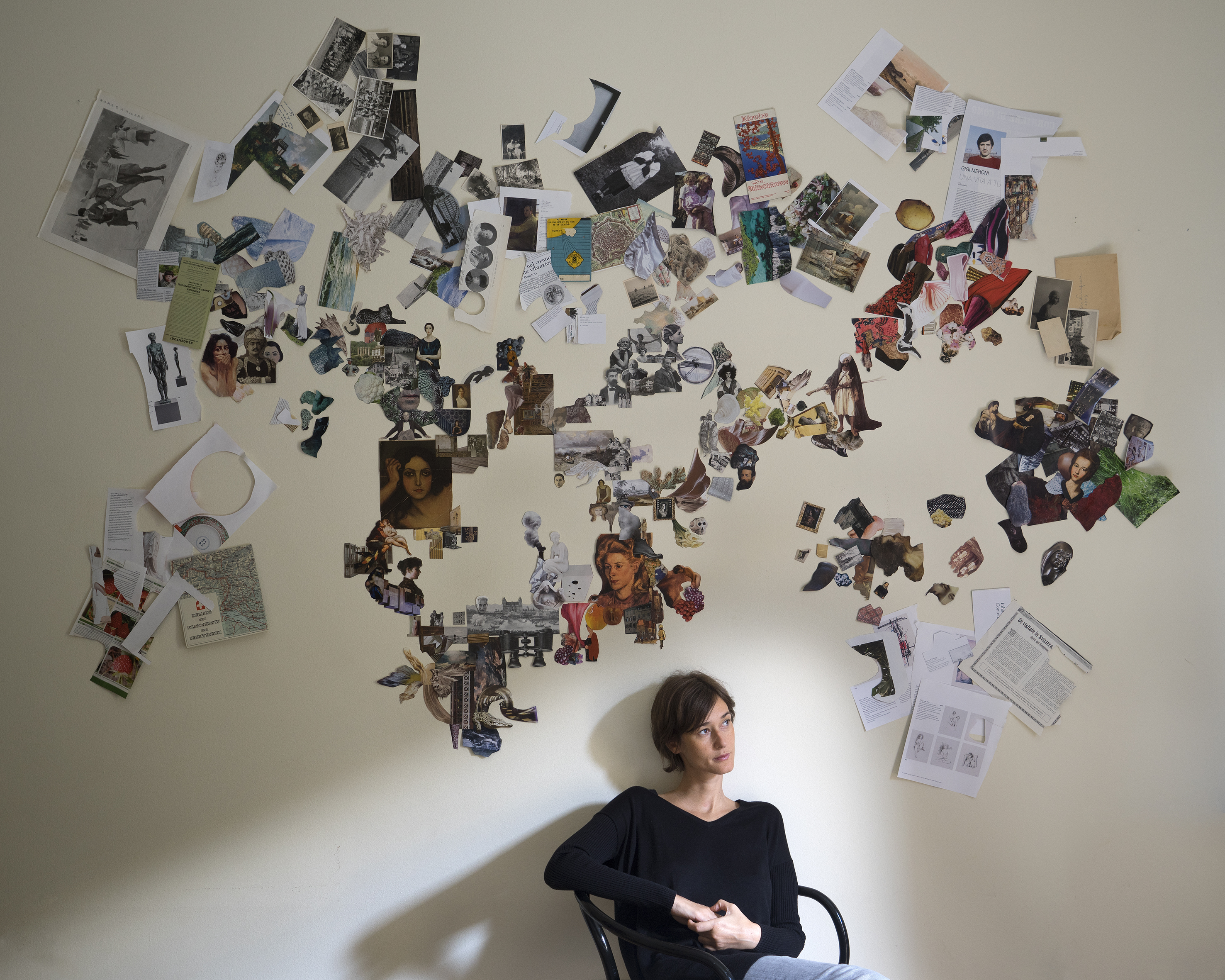 
Francesca Belgiojoso, (Milano, 1980) psychotherapist and artist, she uses collage to tell stories of inner worlds, thoughts and fantasies.
Visually intrigued by the past, she looks for forgotten images and takes them back to the present.
Framed on a white background, her collages are paper sculptures that appear to fly alone, the shadows they cast isolating them from the rest of the world.

Her first series Interiors (2014-2015) was about solitude, women are depicted in there own houses used as a metaphor for their inner world. Vintage photographs and fragments from contemporary magazines where put together: perspective, surrealism and narrative gave her women the chance to be viewed.

Her second body of work And We’ll Get Lost Together (2015) depicts that temporary moment when we are in between things, when we feel lost just before making a decision. Poetic stories of thoughts and transitions.

Her third series Let Your Body Steal the Show (2015) is made with vintage pornographic magazines, old cook books and vintage Versailles photographic prints. After a master on clinical sexology, she brings the attention of the viewer on the subject of sex, dealing with the representation of that delicate psychological sensation of the intimate encounter.

(20) Young Adult (2016) it’s the most intimate among her works: after years of using others people images, she started working with the photographs she took when she was twenty and wanted to be a photographer. Ten big collage depicting through colors and shapes the inner world of a young adult.

She is now working on a series of big collages made with her collection of old art posters: In the eye of the beholder (2016-2017), working metaphorically on growing up as an artist through the fruition of art.